Slovenia is the only foreign country to have received an award from the magazine Food and Travel Italia for its culinary excellence. Slovenian top chef Ana Roš has been awarded the International Chef of the Year award, while vintners Marjan Simčič and Leonardo Simčič have received awards for their premium wine production.

The award bestowed upon Slovenia in the Nation of the Year category and the prestigious awards for the most renowned Slovenian chef and excellent winemakers give the country additional publicity and renown as a destination of top culinary experiences for Italian and global visitors. Slovenia was the only foreign country to have received an award in the field of gastronomy, which gives it an even greater significance.

Maja Pak, Director of the Slovenian Tourist Board: "We are sincerely happy that Slovenia has received four awards from an esteemed and renowned culinary magazine with over 600,000 readers around the world, as this increases Slovenia's visibility as a destination for foodies. Prestigious awards affirm the excellence of Slovenian cuisine and attract more attention from the media and the business and the general public.

Awards are especially welcome this year, when Slovenia received its first Michelin Guide and as many as seven Michelin stars, and considering Slovenia will be holding the title of the European Region of Gastronomy 2021 next year.

Awards are a great form of stimulation and motivation on the way to tourism recovery, as well as toward the further growth of Slovenia's reputation as a sustainable destination for excellent gastronomic experiences." Awards were based on online voting by the readers of Food and Travel Italia (voting lasted from this June to September).

Ana Roš: "Each award that I or my team receive means a lot, has a special place in our hearts and evokes special feelings, mainly because it is a reward for all our past work and efforts. It is also a great incentive to work even better and harder while being aware that we have space for our personal and professional growth.

The day when you receive an award is definitely a day for celebration, but the next day brings new challenges in the kitchen and in table service.

I therefore thank Italy for noticing our work in the hope they continue to follow us. After all, in these difficult times every guest counts and that is why every award is so much more valuable."

Marjan Simčič: "I am proud to be the only foreign wine producer to have received the VINO INTERNAZIONALE DELL'ANNO award for the wine Chardonnay Opoka 2017 Jodano Cru, which has already been recognised in Italy and evaluated with a hundred points prior to the prestigious award ceremony of the world-renowned magazine Food and Travel Italia.

White wine very rarely receives such a high evaluation. I realise that we owe our current reputation on this large and demanding market with such an extraordinarily developed wine culture to our twenty years of strategic work.

And our success on the market certainly contributes to the promotion of both Goriška Brda as a wine region and of Slovenia in general. In the past few years, it is the Italians who have become the Slovenia’s most numerous wine and food tourists."

Cuisine is one of Slovenia’s key tourism products

Food and Travel Magazine Italia is published in English, German, Spanish, Greek, Portuguese, Arabic, Italian and Turkish. It has received many awards, which affirms its reputation and importance in international gastronomy. The magazine was first published in 1995 in Great Britain.

Cuisine is one of Slovenia’s key tourism products and has been its focal point for the past two years. Furthermore, it significantly contributes to the implementation of Slovenia’s goals in tourism strategy, increases added value and attracts guests seeking unique experiences.

In the past few years, the STB has achieved significant progress in gastronomy, which is an important contribution to the positioning of Slovenia as a destination that, also in culinary matters, places an emphasis on sustainable and responsible development, uniqueness, quality, creativity, innovation and excellence. Green gastronomy is a particularly important part of the country’s orientation towards the integrated and sustainable development of tourism.

Even when food and drink are not the main reason for visiting a destination, they still have a very important role as secondary or partial motivation. Research shows that the following markets are the most important for Slovenia in terms of culinary interest: Italy, Austria, Germany, France, Great Britain and certain Scandinavian countries. According to the 2019 survey on foreign tourists, Italian guests are among those with greater than average daily spending with their 156 EUR. Furthermore, they mention culinary indulgence as one of their ten most desired activities at the destination and gastronomy as one of their top ten reasons for travelling. 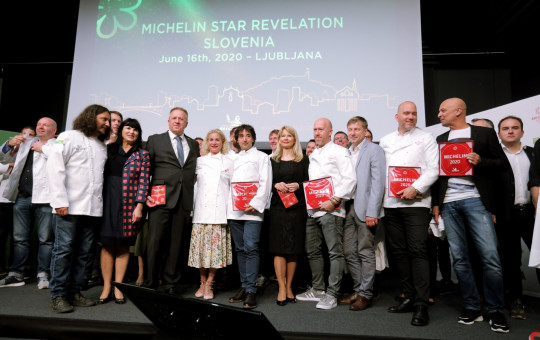 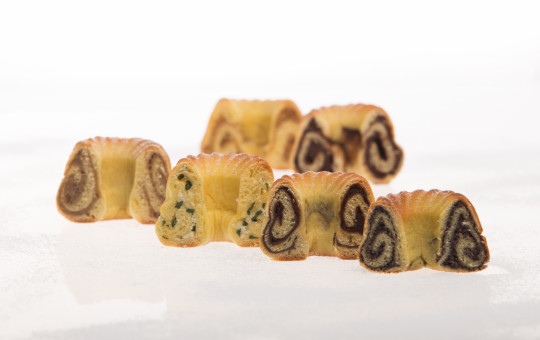 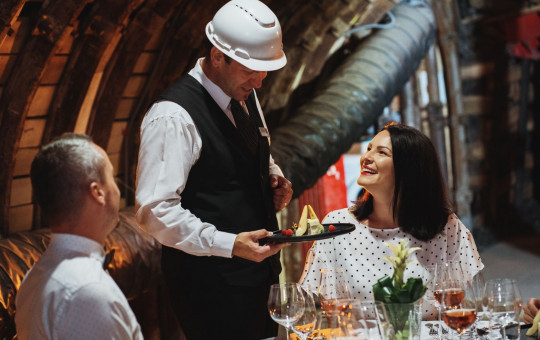