Slovenes love their sport. This love of exercise, recreation and sporting achievement is also passed on to our children, who learn about a variety of physical pastimes first in kindergarten and then in school. Some of them commit to training in a particular sport even in their early years, which then steers their career path. Perhaps one of these young athletes is the next great climber or basketball player, the new Janja Garnbret or Luka Dončić?

The proximity to nature, the good public infrastructure and the multitude of sports facilities allow Slovenes to take part in a variety of sporting and recreational activities. Six out of ten people in Slovenia spend more than two and a half hours each week engaging in recreational sport, and four out of ten spend more than five hours a week doing some kind of sport.

Active in kindergarten and school

Children in kindergarten have options such as swimming, hiking and dancing. They develop their motor skills in the Mali sonček (Little Sunshine) programme, which includes mountain hiking, skiing, gymnastics and many other sports. There is also a hiking programme called Ciciban planinec (Ciciban the Hiker). Primary school students take part in the Zlati sonček (Golden Sunshine) and Mladi planinec (Young Hiker) programmes. There is also the Let’s Learn to Swim programme, and other sports programmes such as Krpan and Hurray for Free Time.

PE is a mandatory subject in primary and secondary schools, with each student getting an average of 4.46 teaching hours each week.

Schools also organise sports days, and schooling in nature, where students can ski, swim and hike. A variety of extra-curricular sports are also available.

Slovenia is very successful at actively encouraging young people to do sport, and this is reflected in their mass participation in school sports competitions. According to figures from the Planica National Institute of Sport, over 90,000 primary and secondary school students in Slovenia take part in such competitions, more than one in three in total.

Ever since 1987 we have been monitoring the physical fitness and motor development of children and teenagers in Slovenia who attend primary and secondary schools as part of the Sports Education Card programme, later augmented by the Moj SLOfit online app.

This makes life-long monitoring of physical fitness and other connected data available to all.

Young athletes in the company of the best

Having achieved success outside the country, Slovenian sports stars act as a role model and valuable support for our young athletes. They encourage them in the belief that with persistence and courage they can become great athletes and achieve amazing results.

Each year young ice hockey players get the chance to learn a huge amount from Slovenian ice hockey icons.

Anže Kopitar and Tomaž Razingar host a training camp in Bled for children of all ages for the seventh consecutive year.

The academy was attended by around 160 children aged 7 to 14, from nine different countries. There were 17 coaches running the training alongside Kopitar and Razingar.

Academy participants are given coaching exercises that their club colleagues see only rarely during the season. Top coaches with a host of theoretical and practical knowledge guide the participants past all obstacles on the rink, while animators make sure that even free time is filled in the best way. The academy gives children a wealth of experience in all areas, not just sport. Because more and more participants from different countries are enrolling in the academy each year, the children learn about different cultures and forge new friendships, which makes the whole experience even richer.

Basketball courts for the young

The court next to the student dorm has been named Mavs, while the second court has been named Dončić. Mavs was the first court in Europe to be built by an NBA team, and was fully funded by the Texan club. The two courts are dedicated to the young basketball players of Celje.

Slovenian basketball star Goran Dragić opened his fourth court in Laško in September, having refurbished it as part of the Come and Play campaign. He had previously refurbished courts in Ljubljana, Maribor and Novo mesto.

The campaign to refurbish courts across Slovenia is being run by Goran Dragić’s charity foundation. They make smart courts with info displays and links to the #podamdaigram app, on which you can see other court users, find teammates or opponents, access coaching content, and learn a variety of fun basketball games.

Laško also hosted a Goran Dragić basketball camp. Around 100 basketballers spent the whole week training and playing under the guidance of Goran Dragić and his team of top coaches.

Maribor will host the European Youth Olympic Festival between 23 and 29 July 2023. The city with a great sporting heart will give an opportunity for athletes from fifty countries and visitors to come together in a unique event, to strengthen the values of fair play, friendship and tolerance.

The Youth Olympic Festival has a tradition of more than thirty years, and is the biggest multi-sport event for athletes aged between 14 and 18.

Slovenes enjoy their sport in stadiums, fields and courts, and in the stands. We are proud of our sports stars, and also of the younger generation whose time is yet to come. We support our sports heroes, and wish them the best of luck. 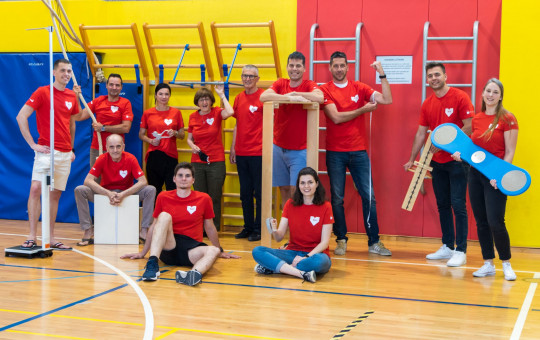 Moving from the Sports Educational Chart to SLOfit 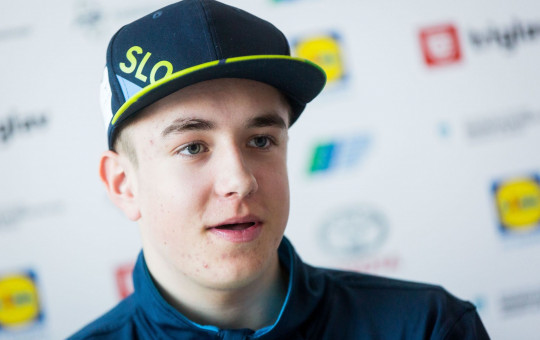 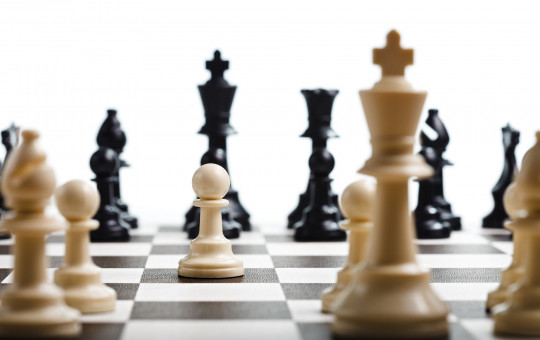