Everyone wants to remember their dream holidays in Slovenia after returning home. If you want relatives and friends to experience Slovenia like you did, be sure to buy some souvenirs before going home.

The most prestigious Slovenian artistic products made in the traditional way carry the label "Rokodelstvo–Art&Craft–Slovenia". There are some of them.

Slovenian honey has been geographically protected since 2009, which testifies to its supreme quality. Slovenia’s native Carniolan Honey Bee produces a wide range of outstanding honey varieties. The Carniolan Honey Bee is very popular among beekeepers due to its modest food consumption in winter and resilience. One of the key factors in the quality of honey is the climate. Slovenia has four seasons, and 58% of its territory is covered with forests. Slovenian honey has less than 18% water content and it is promoted as a breakfast food.

All Slovenian honey varieties are wholesome, with flavours ranging from subtle, such as linden, locust and flower honey, to forest, buckwheat, chestnut, and thyme honey for bold gourmets and connoisseurs. Beehive panels are the painted front boards that close the beehive.

Their distinctive feature is that they are painted with folk-art motifs. Beehive panels originating from the mid-eighteenth century were painted with religious motifs intended to protect bees against outside harm; later on, they also included other historical and secular themes. The most popular are replicas of motifs depicting a hunter's funeral with animals are escorting a hunter to his final resting place, a devil sharpening an old woman's tongue on a grindstone, a women dragging her husband out of a tavern, a man carrying his wife piggyback, a celebration, and others.

Slovenian salt, in particular "fleur de sel", is recognised worldwide for its unique taste. "Fleur de sel" is a very thin layer of salt that forms on the surface of crystallisation ponds in (rare) windless periods. Its formation is highly dependent on optimal weather conditions. In windless periods, delicate salt crystals remain on the pond surface, where they are carefully skimmed off by hand, like skimming cream from milk. Its bulk weight is very low, half the weight of regular evaporated salt. The smaller the salt crystals, the better its quality. "Fleur de sel" contains many microelements and minerals, to which it owes its rich taste and beneficial health effects.

According to culinary experts, the quality of Slovenian "fleur de sel" exceeds that of a range of world-renowned brands. Its crystals encapsulate the scent of the sea, and its taste is aromatic and less aggressive than that of regular salt.

An important part of Slovenian cultural heritage is bobbin lace from Idrija. This handicraft dates back to the end of the 17th century when the local mining industry began to decline.  Originally, lace was less delicate and was mainly intended for the middle classes. A nice table topper or a trendy lace accessory, or even a copyrighted piece of Idrija bobbin lace, can be a simple yet prestigious item to be worn with pleasure by women of all ages.

Slippers and the story "The Slipper Cat"

Slovenians have the habit of putting on slippers when they arrive home. The slippers come in a variety of styles. They are traditionally made of woollen felt and are a lightweight souvenir that can easily be tucked into the corner of a suitcase. You can also buy your children the book "Muca Copatarica" ("The Slipper Cat"), which is one of the most popular children’s stories in Slovenia.

The creation of chocolate-coated Prešeren figs was inspired by a habit of Slovenia's greatest poet, France Prešeren (1800–1849). He is said to have always had some dried figs on hand, and children would run after him and shout "Doctor, figs!"

If there is some room left in your luggage, don't head home without some crystal drinking glasses by Kristal Rogaška, a master manufacturer of traditional handmade crystal glass products since 1665. 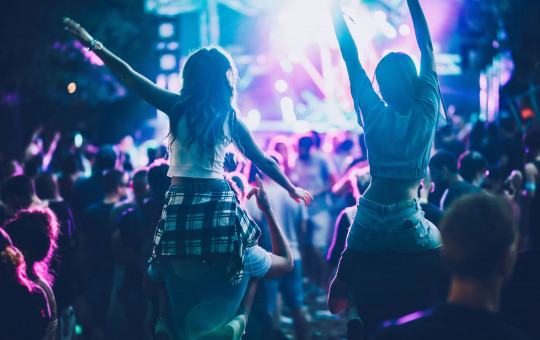