As of today, Slovenia is one of the fifty countries on earth to have its own satellites in space. Today, the Vega rocket carrying the first two Slovenian satellites took off from the launch site in French Guiana. The Trisat nanosatellite has a mass of only 5 kilograms and is designed to test the robustness of new space electronics, while the Nemo HD microsatellite with a mass of 65 kilograms will be used to interactively observe the Earth. Slovenia became a member of the European Space Agency (ESA) in 2016. The ESA’s fundamental mission is to provide for and to promote, for exclusively peaceful purposes, cooperation among European States on space research and technology, and their space applications.

The launch is a turning point for Slovenian and European science

The rocket, with 53 satellites from 13 countries, should have been launched from Kourou as originally planned as early as September last year, but the launch had to be postponed several times due to poor weather. This launch is not only a turning point for Slovenian science but also for European science, as this is the first time so many small satellites have flown into space on a European rocket. This is the first proof-of-concept flight for small spacecraft, designated as the Small Spacecraft Mission Service (SSMS). The microsatellites are positioned on the upper deck. For nanosatellites, usually ten times smaller, standardised dispersers are installed on the lower deck.

The Slovenian Trisat satellite, which is expected to orbit the Earth for six years, is the world’s first nanosatellite with comprehensive techniques for ensuring error tolerance and mitigation, as expected in advanced high-value systems.

The project’s main scientific contribution is to observe the Earth’s surface in the short-wave infrared spectrum, invisible to the human eye.

The satellite features a hyperspectral/multispectral miniature camera operating in the short-wave infrared spectrum, which will provide daily images of the Earth’s surface. Standard cameras, even those in mobile phones, usually capture images in only three spectral bands (red, blue and green), while the camera on the Trisat satellite will capture images in up to 477 different spectral bands.

These images promise, among other things, progress in monitoring the pollution of the sea surface by oil slicks or plastics, assessing vegetation moisture, determining hot spots of major fires, and detecting volcanic dust in the upper atmosphere for the aviation industry.

The Nemo HD with a mass of 65 kilograms, which will orbit the Earth for about five years, is unique in making it possible to interactively observe the Earth. This means that when flying over an earth station in real time, an image from the satellite will simultaneously be received and the satellite will be guided by rotating around its axis. In this way, the sensors will be directed towards interesting areas:

once they find an interesting location, they will be able to stop recording and make a multispectral image providing much more information about the phenomenon to be observed.

The satellite’s purpose is to demonstrate the technology of a combination of interactive observation with both cameras. The main objectives are related to satellite technology tests, such as for a high-performance transmitter for microsatellites, algorithms for interactive and autonomous satellite control and process chains for automatic data processing. In combination with the existing data from the European Copernicus programme, it will be possible to use data obtained with the Nemo HD satellite for concrete solutions in agriculture, forestry, urban planning, transport and ecology in Slovenia and other countries with similar needs.

Cooperation with the European Space Agency

Slovenia is an associate member of the European Space Agency (ESA), which offers Slovenian companies and research and development institutions the opportunity to participate in ESE projects in the field of space technologies. Companies and institutions dealing with innovative materials, technologies, processes or information solutions may participate.

Small and medium-sized enterprises also have the opportunity to cooperate with the ESA, as confirmed by successful projects by companies from Slovenia, which have already taken this opportunity.

Based on the Association Agreement with the European Space Agency (ESA), which also provides employment for Slovenian citizens in the ESA, this year Nejc Smrkolj Koželj, Simon Maleja and Adam C. McDonnell, a Slovenian of Irish descent, started working at the ESA for a period of one year. Experts come from companies or institutions such as Cosylab, Balmar and the Jožef Stefan Institute – Nordic Centre Planica.

Since the meeting of the ESA Council held in November 2019, Slovenia has participated in two new programmes. In addition to existing participation in the General Technology Development Programme – GSTP, the Earth Observation Programme – EO and the Prodex Science Programme, it has now joined the Future EO Programme and the Human and Robotic Exploration Programme – E3P. Due to its inclusion in the E3P programme, companies and institutions working on breakthrough technologies can now also participate.

Slovenia is at the forefront of development in this area.

The possibility was therefore also extended to companies that do not usually deal with space, but develop innovative technologies and products such as propulsion systems, sensors, electronics, 3Dprint, robotics, etc. 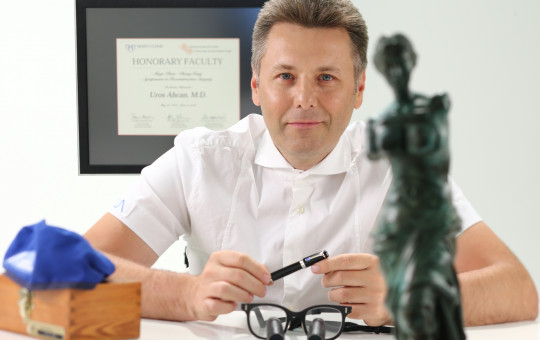