Many Slovenian museums collect sports and recreation items, including the Technical Museum of Slovenia (TMS). Understandably, sports and recreation are extremely important leisure activities, for many people a way of life, and for some their living. The reasons for collecting are diverse, historical, sports-related and ethnological.

In the case of TMS the motive is mainly technical, since in addition to final products we are interested in the machinery and apparatus for making them, the primary raw materials and the technology and organisation of work. Regardless of whether an individual item is the product of a thousand-strong team, or just one single person.

Sports products are a perfect example of how mechanised production and the individual approach of a craftsman are not mutually exclusive, often the contrary.

Sports people and recreational athletes measure their abilities at sports venues. Meanwhile there is constant competition, far from the public gaze, between innovators, constructors, technologists and in sports workshops and manufacturing facilities. They are never in the spotlight or on the winner’s podium, although they contribute the lion’s share to the quality of sports products, and consequently also to the top sports results.

The use of simple skis on the uplands of Bloke, especially for easier movement through the snowy landscape, was described as early as in 1689 by the Slovenian polymath Janez Vajkard Valvasor. The founding of the physical training society "Južni Sokol" ("Southern Falcon") in 1862 in Ljubljana marks the beginning of an organised national physical culture movement which required gymnasium equipment. At first such equipment was purchased abroad, until Jakob Oražem of Ribnica set up a fitting workshop in 1882, from which evolved at the turn of the century the first Slovenian sports equipment factory, JOR. Slovenian Olympian Leon Štukelj acquired his gymnastic mastery on JOR equipment. He appeared in seven major tournaments and amassed a total of 20 medals: eight gold, six silver and six bronze. At the Olympic Games alone he won a total of six medals: two golds in Paris 1924, a gold and two bronzes in Amsterdam 1928 and a silver in Berlin 1936. His collection would no doubt have been bigger if the Kingdom of Yugoslavia had taken part in the 1932 Games in Los Angeles.

The first wooden skis and toboggans for sports and recreational use were made by many local wheelwrights back at the beginning of the 20th century, of whom Jakob Rozman of Bohinjska Bistrica was the most prominent.

In the 1920s and 1930s, Bohinj and its surrounding mountains were the centre of Slovenian skiing. Before the Second World War another major manufacturer of skis was the Kolb-Predalič general industrial workshop in Ljubljana.

Just four months after the end of the Second World War, a group of young people led by the carpenter and passionate ski-jumper Rudi Finžgar established the commercial cooperative Elan, to manufacture sports equipment. Traumatised and horrified by the cruelty of the war, they longed for a different kind of competition using other means.

Right from their founding, the aim was to manufacture sports accessories for the widest range of sports, and for all seasons – on snow, ice, wood, parquet, asphalt, grass and rock, in the water and the air.

The first major international sales success for Elan was with badminton racquets. The guiding concept for the outstanding sportsman Rudi Finžgar was: "Who’s thinking about sleep or money, the world is waiting for me and Elan."

Alongside skis, gymnasium equipment and physical training accessories were the mainstays of the factory. Elan products supplied the majority of athletic, hockey, kayak, rowing, sailing and boxing clubs, as well as mountaineering and rescue societies, they made a variety of equipment for children’s playgrounds and a range of accessories for firefighters and for safety at work in general. In its very first decade of operation the factory produced more than 200 different sports items, which demanded total specialisation in individual fields, and this was soon followed by the establishing of its own development institute.

In gliding and the manufacture of a large number of different sailing boats the factory achieved superlative, internationally comparable results.

The Elan 31 sailing boat won many international competitions. The Elan DG-500 M glider, made in Begunje na Gorenjskem, later modified for long-distance flights at high altitudes, was used by Steve Fosset and Einar Enevoldson in 2006 to achieve the height record of 15,460 m in Patagonia, complete with a safe landing. This aircraft is kept in the Museum of Flight in Seattle, Washington, USA.

There can be no doubt, however, that the production of skis ensured for the brand its most prominent international recognition, and it is in this area that the company over and over again raises the bar of quality standards. Many of their products have had a revolutionary influence on global trends in various methods of skiing today, and will  continue to do so in the future. Specifically their skis have propelled numerous sports people to stardom. And the manufacture of skis requires very special tools, apparatus, machines and production technology. Just between 1970 and 1980, Elan technologists and engineers designed and built more than 300 new devices and machines which up to that time no other operation in the world had brought into production.

Their skis helped Ingemar Stenmark achieve 86 victories in the World Cup, made it possible for Peter Prevc to be the first to ski-fly 250 m, and Davo Karničar and Marco Siffredi used their skis and snowboards to make the first ski descent from Mount Everest.

Compared to other Slovenian museums, TMS has a unique approach to protecting the technical heritage of sports. We do this in two ways. The first is of course the usual way, where we collect items for various kinds of sport and recreation, then restore, keep and exhibit them to the public in Bistra. The other derives from the fundamental mission of TMS as a national museum, which is to encourage individual manufacturers of sports equipment in Slovenia to start setting up their own factory museum collections and perhaps even museums. In the case of Elan, this process is already under way. 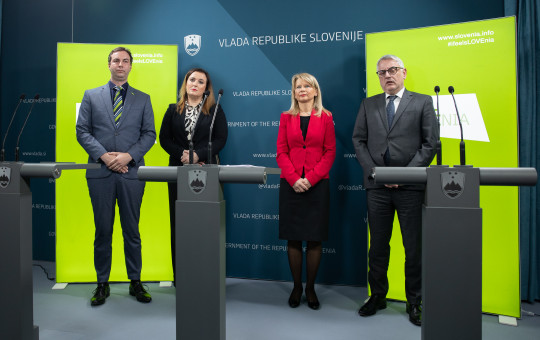 Together and with a clear goal – unlocking Slovenia's sporting potential