The University of Ljubljana celebrated the centenary of its foundation during the third year of Prof. Dr Papič's term of office as Rector. However, says Dr Papič, the tradition of higher education goes as far back as 1619 when the Jesuits established a college and so we are celebrating 400 years of higher education in Slovenia. The path to the establishment of the University was neither self-evident nor simple, and its founding was the final act of many decades of the nation's endeavours to access education and to use the Slovenian language in public life.

With its 23 faculties and three art academies, the University of Ljubljana (UL) is the largest scientific and educational establishment in the country and, as Dr Papič points out, satisfies local and, above all, global needs. Are we sufficiently aware of the important role it plays? “Not enough,” he replies, “considering that the University has a strong impact on the overall development of the country and its society, as both may only advance on the basis of knowledge.  It would be wrong to believe that investing in science is unwise.

A strong country is based on a strong economy, which in turn is based on high added value, which is the result of a sound technological development and knowledge.  Everything we do is possible with good science.

In our country there has never been a crisis of knowledge, any crisis is the result of poor organization, of how to transfer knowledge to other spheres, of how to apply it and thereby bring added value to the society.”

Of all registered researchers in Slovenia, 30% work at the University of Ljubljana, the central and largest research institution in Slovenia.  Brain drain is another challenge we are faced with. The question is whether our country provides a sufficiently competitive environment to keep researchers at home or even attract foreign researchers?

Going abroad is nothing new

If we want our scientists to remain at home, we need to ensure better working conditions.  This does not only mean better payment but also a better infrastructure and better research equipment. “Within the EU, Slovenia is somewhat particular, as we have a high quality of life and security that is unmatched by other countries, but, alas, worse working conditions.” Furthermore, he understands that young people should realise part of their potential abroad, that knowledge should circulate. Emigration of young people is nothing new, he himself has worked in Germany and Canada, where he received good job offers but decided to return to Slovenia.  In his view, going abroad is nothing new.

"We are becoming a more mature society, so there should be fewer concerns about someone remaining abroad." He points out, however, that better research conditions would attract talented researchers from abroad.

In terms of the number of research projects, the UL ranks among the top of universities and research institutions from the new EU Member States.  Last year, the University of Ljubljana received 41 research proposals from its members.

The knowledge accumulated at the university should be better exploited, said Papič in response to the question whether the economy and society in general benefit sufficiently from this knowledge.

“We are among the best educated nations in the world, but we are not the most technologically advanced.  Considering the level of knowledge, our industry should be more developed.  Technological strength means a higher added value and a richer country as a whole.  Here we are, make a better use of us, we have a lot of knowledge that we can transfer to society.”

We are competing against the best universities in the world

What made him decide to return home? “The quality of life, which is extremely high in Slovenia.  If I could choose, I would work in Germany, because it is so well organised, I would buy a house in Canada, but I would live in Slovenia because of the high level of social life and the overall quality of life. Some of our young people seem to have found better working conditions abroad and live up to their ambitions more easily there.”

In recent years, opportunities for students to study abroad have increased significantly. A large number of them go to foreign universities for a short period of time on the basis of the Erasmus+ exchange programme, while some go abroad individually to study there or to complete a significant part of their studies there.

For young people it is a very valuable experience to be able to exchange one cultural environment for another. This aspect of living abroad is at the forefront, since you can learn how other people live, which consequently makes you more broad-minded. He is absolutely in favour of such exchanges that, fortunately, are increasingly common.

Today the University of Ljubljana is ranked among the top 3% of the world’s best universities.  In one of the most important academic rankings – the ARWU (Academia Ranking of World Universities) it is among the top 500 best universities, in the CWUR (Center for World University Rankings) it ranks 370th, and in the “Times Higher Education” ranking it is in the 601-800 group. “We are competing against the best universities in the world.  Yet it is easier for them to deliver excellent results, as their budgets are up to ten times higher than ours. This makes us probably all the more successful.”

The university as a vessel of critical new thinking, and of scientific, social and political progress, needs freedom to carry out its mission. The concept of autonomy of the University and academic freedom is in the heart of the rector’s agenda.

He stresses that this is a continuous theme.  He firmly defends the autonomy of the University, stressing that the only legislative framework necessary for a public University is the instrument ensuring its financing, while all other matters should be regulated by the institution itself. In his eyes, the University is a cluster of extraordinary individuals, outstanding in every respect. Competition in terms of achievements and hard work is fierce, but always in equilibrium.

The University of Ljubljana is a member of EUTOPIA

“We are the only University from the new EU Member States to be the coordinator of such an alliance.  Integration in this group is an important step forward in understanding the university of the future, comparable to the Bologna system revolution.”

Dr Papič's objectives, as stated at the start of his four-year term of office, are to enhance the quality of the University of Ljubljana and to provide better financial and spatial conditions for creative working and personal relations within the academic community. Are you successful in realising them? “The results will be judged by others; however, I would like to see more creativity and real substance. I want things to move forward, with as little as possible empty debates that do nothing for development.”

What is, in his opinion, the difference between being a professor or dean of a faculty, the post he held earlier, and being a rector? “When I was Dean of the Faculty of Electrical Engineering, the reply of the then Rector to my complaints about the situation at my faculty was to multiply my issues by 26, which is the number of University of Ljubljana members.  Well, this is the difference between the positions.”

He would also like to see more collaboration between scientists in the natural sciences and technical fields, and those working in the social sciences and humanities, as he is firmly convinced that technology without a genuine human approach is impossible.   Artificial intelligence will only be as good as we are and to the extent that it can remain humane.  He concludes with a broad smile on his face that he believes people coming from social sciences and humanities to certainly be more amiable than those, like himself, from a technical field. 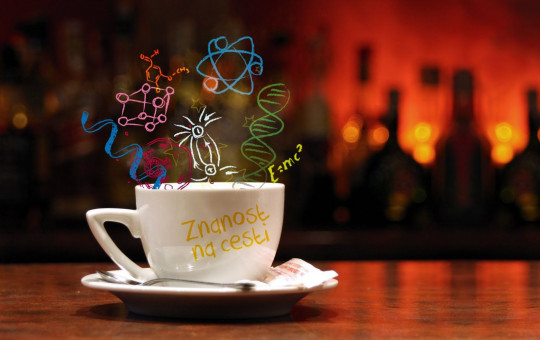 Want to go to the cinema, grab a beer or catch a science lecture? 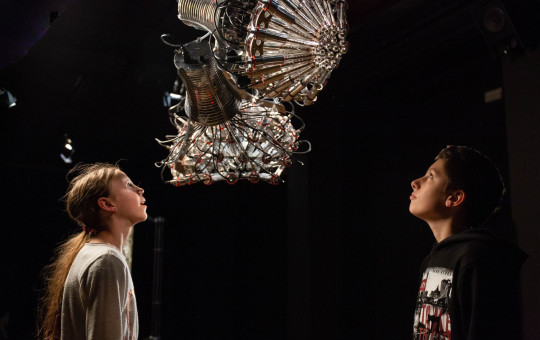 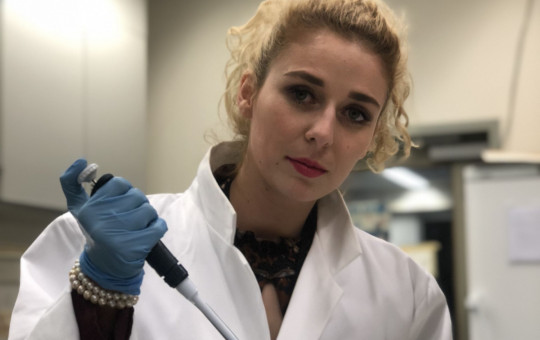