The confirmed age of the Old Vine, which grows in Maribor, is over 400 years and it is entered in the Guinness Book of Records as the oldest noble vine in the world. It still bears grapes from which a very special wine is made.

The Old Vine bears grapes of the "Žametovka" or "Modra kavčina" variety, and is ranked among the oldest domesticated noble vines in Slovenia.

The wine made from its grapes is considered to be one of the most special and rare beverages in the world.

The wine is soft pink in colour, mild and drinkable and has a low alcohol content. It is a reflection of the conditions in which the Old Vine grows – by a river, on the south-facing side of an old house.

Stane Kocutar took over as the city’s vinedresser in 2010; he takes pleasure working with "the old lady" and describes it as pleasant and interesting. "Tending this vine means nurturing and preserving a magnificent living monument of our culture and the outstanding natural characteristics of this region. I have never regretted the time I spent on the vine," says Kocutar, and adds, "The payment I receive is like no other. Every year, Žametovka bursts into leaf, grows, bears grapes and turns purple in the autumn, its transformation winning worldwide admiration. Can a city vinedresser aspire for more?"

On average, the Old Vine yields 35 to 55 kilogrammes of grapes that make 15 to 35 litres of wine. Wine is cultivated by the winemaker mag. Janez Valdhuber in the cellar of the Faculty of Agriculture and Life Sciences of the University of Maribor.

It is fermented in stainless steel barrels to highlight the interesting and specific characteristics of the variety. The wine is matured for approximately a year and a half and then conserved in 0.25 litre bottles specially designed for this wine by the internationally renowned artist Oskar Kogoj. The spiral that runs down the bottle’s long neck represents the infinite longevity of the Old Vine.

The bottle comes with a document bearing the city seal and the signature of the Mayor of Maribor, who is also the master of the Old Vine. Among the many distinguished recipients of this exclusive protocol gift are Pope John Paul II, Pope Benedict XVI, Tibetan spiritual leader Dalai Lama, President of the Russian Federation Vladimir Putin, former Japanese Emperor Akihito, former U.S. President Bill Clinton, former Czech President Vaclav Havel, former California Governor Arnold Schwarzenegger, Mayor of Vienna Michael Häupl, chess grandmaster Garry Kimovich Kasparov, Matevž Lenarčič, who flew around the globe in an ultralight plane, film star Brad Pitt and French footballer Michel François Platini, and many others. Every so often, the President of the Republic of Slovenia Borut Pahor presents bottles as a protocol gift. Vinedresser Kocutar remembers the words of President Pahor on the occasion of presenting one such bottle to Czech President Milos Zeman: "Mr President, I give you one of the most valuable things made in Slovenia".

Wine made from the grapes of the Old Vine’s graft was also presented to the Queen Elizabeth II in 2008 on her visit to the Slovenian capital.

Staff of the Municipality of Maribor explain: "The wine presented to the Royal couple was made from a graft of the Old Vine that was donated to the City of Ljubljana in 1990 and is now growing on Ljubljana Castle hill. So, the gift was the wine made from a descendant of the oldest vine in the world".

Descendants of the Old Vine grow throughout the world

The Old Vine is a symbol of cooperation and friendship. Every year, the city of Maribor presents grafts of the oldest vine in the world to its partner cities and institutions in Slovenia and abroad.

The ceremonial gifts of the grafts are presented at the Old Vine Pruning. Pruning is the most important task in viticulture carried out by the city vinedresser, as proper pruning enhances growth and yield. The event is attended by many invited guests, citizens, representatives of wine orders and fraternities, and wine queens.

Official offspring of the oldest vine in the world, authenticated with an official certificate, grow on 130 sites in Slovenia and 84 elsewhere in the world.

Among the most interesting are sites in Melbourne, Berlin, Vienna, North Korea (Pyongyang), South Korea (Seoul), as well as in front of the Wine Museum in Paris and the ancient Benedictine monastery of Saint Paul in Carinthia, to name only a few ."One of the most symbolic sites is in Hradčany Castle, Prague, where in 2014 the presidents of the two countries attended the planting of four vines in front of the statue of architect Jože Plečnik. A less known fact is that architect Plečnik, when redesigning Hradčany in 1920s, planned a vineyard on the southern slope," says the city vinedresser Kocutar, who also mentions a point of particular interest, namely the first and the only vineyard planted solely with the grafts of the oldest vine in the world. "As many as 500 grafts were planted in 2015 on the estate of the Maribor Biotechnical School, which is about 20 minutes’ walk from Lent, where the Old Vine grows, and the first yield was produced in 2018," notes Kocutar.

Events related to the Old Vine

Many events are held in Maribor to honour the Old Vine. The spring pruning, the summer erection of the wind rattle in front of the Old Vine and the Old Vine Festival – a wine, culinary and cultural tribute to the oldest vine in the world. The events culminate in the ceremonial harvest of the Old Vine. 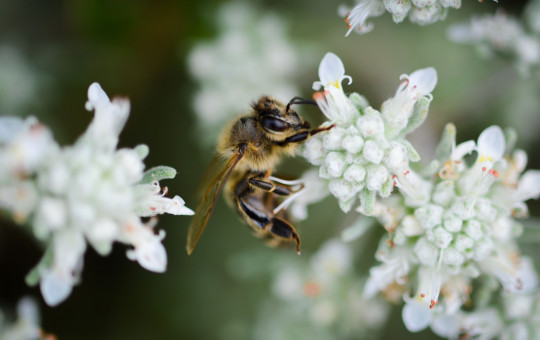