The visual arts comprise an artistic field with a strong tradition in Slovenia.

Although excellent church painters were active as early as in the 12th and 13th centuries, painting developed relatively slowly and gained broad visibility mainly in the Baroque and later periods. One of the oldest works of art (from the transition from the 6th to the 5th century Bc) in Slovenia is Vače situla, whose symbol also inspired the decoration on Slovenian identification cards. Representatives of Slovenian Impressionism in the first quarter of the 20th century produced outstanding works. After realist Anton Ažbe, who was active mostly in the German cultural sphere, Ivana Kobilca, Ivan Grohar, Matija Jama, Matej Sternen and Rihard Jakopič reached the peak of Slovenian painting.

The first visual arts academy was opened after the second World War, which increased the number of artists.

The established painter Zoran Mušič worked in Paris and Venice, Gabrijel Stupica reaped fame at home and in Western Europe, Andrej Jemec inspired with his artistic language all the way to Japan.  After 1955, when the Ljubljana Biennial of graphic arts was launched, the Graphic Art School of Ljubljana also won wide recognition.

A special place in Slovenian culture is reserved for architecture, mostly thanks to the works of Maks Fabiani and, after the first World War, the works of architect Jože Plečnik. Plečnik worked in Vienna, Prague and Ljubljana. His typical personal style with a partly neo-classicist approach produced some monumental projects, such as Zacherl house and Church of the Holy Spirit in Vienna, the rearranged Prague castle of Hradčani, the National and University Library, Triple Bridge (Tromostovje) and Žale cemetery in Ljubljana. Some of his contemporaries and students (Ivan Jager, Ivan Vurnik, Edvard Ravnikar, Milan Mihelič) continued to develop the enviable tradition of Slovenian architecture.

Slovenia systematically developed these accomplishments with the well-known Biennial of Industrial design, which became an important regional centre of the activity.

Visual arts in Slovenia have a relatively diversified system of professional institutions: the National and Modern galleries museum of architecture and design and the International centre of graphic arts. The results and contemporary production may be viewed in several hundred art galleries open across the country.

Some icons of World design are telephones by Roman Savnik, microphones by Marko Turk, Rex chair by Niko Kralj and Elan skis by Gigodesign.

Slovenia annually hosts many events that enjoy recognition beyond its national borders. Among the most notable are the Ljubljana Biennial of graphic arts (which has gained a reputation as one of the greatest European visual art events), the annual Ljubljana summer festival, Festival Lent in Maribor, the Exodos festival of dance arts in Ljubljana, the Ana Desetnica street theatre gathering, the Pen writers’ meeting in Bled, the Vilenica writers’ meeting in Sežana, and the Biennial of Industrial design.

Especially important in this respect is the Cankarjev dom cultural and congress centre in Ljubljana.

It is a member of the network of the most prominent global cultural festivals, which is Slovenia’s window to the world in terms of exchange and collaborations between slovenian and foreign artists.

There is also an interesting ethnographic and ethnological heritage; rural architecture, original solutions for planning small settlements and houses, kozolci (hayracks) as an original rural "tool" for drying hay, and quaint town centres that radiate the organised modesty of former townspeople are the most visible features of the cultural heritage. The architecture of the Karst region with its stone walls, dense villages and details on its stone houses is also unique.

Movable cultural heritage is promoted by more than sixty museums and by many more museum collections. The biggest museums are the national general museums in Ljubljana: the National Museum of Slovenia and the Museum of Contemporary History of Slovenia, Slovenian ethnographic, technical and natural science museums. Specialised museums and regional museums are spread in all regions of Slovenia. The most interesting include the Pomorski muzej of Sergej Mašera in Piran, Park vojaške zgodovine in pivka, the Kobarid museum, which won the best European museum prize.

Sophisticated Idrija lace, the wooden products of Ribnica (woodenware) and ceramics from Prekmurje are also part of its folk creativity.

Slovenia had no huge metropolis and its central national institutions were established mainly in the 20th century. There is, however, an even more interesting ethnographic and ethnological heritage.

The same applies to the majority of churches that constitute an important share of cultural heritage. The best-known examples of religious heritage are the late gothic church at Ptujska Gora near Ptuj, and the romanesque and Baroque Stična, Kostanjevica, and the gothic Pleterje and Žiče monasteries. The town of Idrija, with an abandoned mercury mining complex, is a well-preserved cultural monument of the early industrial era and is on the Unesco list of world heritage.

Slovenia is interesting for its many castles and manor houses, which were used by the aristocracy as holiday homes and hunting lodges. The best-known castles, mainly museums now, are those in Ljubljana, Bled, Ptuj, Podsreda, Predjama, and Snežnik, all popular tourist spots. 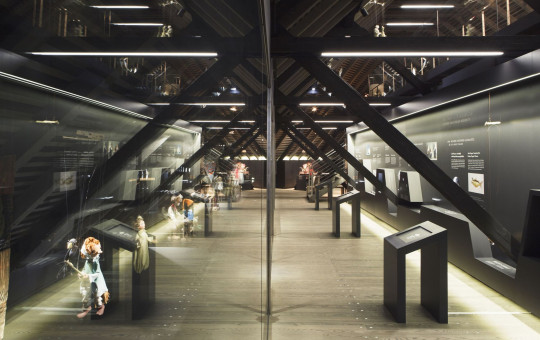 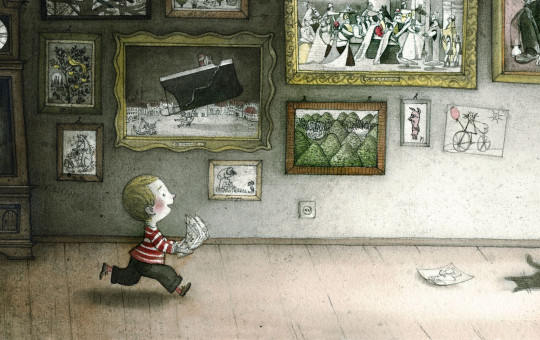 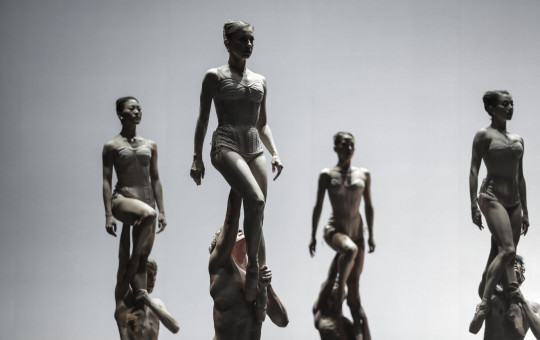