Andrej Peršin is the only lettuce producer from Trnovo who delivers his produce to the Ljubljana Central Market with a ciza (a wooden two-wheeled trolley). At a prestigious location in the heart of Ljubljana, in the immediate vicinity of blocks of flats in Trnovo, together with his mother and brother he owns the land on which he grows vegetables.

A magic garden in the heart of the city

He became one of Ljubljana's attractions recorded on film and in a travel guide. The Peršin farm has been producing and selling seedlings and seasonal vegetables since 1920. They are the so-called lettuce producers of Trnovo. They sell their produce at the open-air market from Monday to Saturday in season, from the beginning of April until the end of November.

Following after his grandmother Frančiška, who started selling on the market in 1921, and his father Mihael, Andrej continues the family tradition of growing vegetables. His farm remained the only farm inside the core city centre, while other farms have been superseded by interest in different land uses.

In 1980, there were attempts to seize the Peršin family's garden, which was bought by Andrej's grandfather in 1882.

However, the four small children together with their father and mother, who both stayed at home, helped retain ownership of the garden and prevented it from being paved over with concrete. Otherwise, residential buildings would be standing on their Trnovo plots today. As in the past, this magic garden boasting Trnovo iceberg lettuce remains their main source of income.

Every day, Andrej transports seasonal vegetables from his garden to the Ljubljana Central Market with his ciza. He never imagined that he would be earning his living with such an activity. However, fate has its own ways. In 1995, Andrej decided to quit his well-paid job and take on something much more risky: growing seasonal vegetables in the centre of Ljubljana. He was determined not to seek a job because he realised that his livelihood was right at his doorstep. His wife Mateja, who combined care for their son with work from home, also became involved in home production.

"I insist on the traditional transport of vegetables to the market due to tradition and visibility. This is my advantage. If I simply stood behind a stall I would be just another vegetable seller. But if I stand at a ciza, I'm already telling a story," said Andrej.

So, does he sell only as much vegetables as he can transport? "Well, not entirely," he admitted. "I bring half of it by car."  In recent years, Andrej was literally besieged by European film crews (German Arte, a Dutch broadcaster etc.) who wanted to record this circular economy miracle in the centre of a European capital.

The former fishing village nestled in the triangle between the outflow of the Gradaščica River into the Ljubljanica boasts a long reputation of having by far the best vegetable producers. The bent posture of vegetable sellers from Krakovo and Trnovo, who supplied their produce to the Ljubljana Central Market on their two-wheeled cizas, is the best proof of the infinite patience with which they tended their garden beds, unique soil and its rewarding produce day and night.

Behind the houses of Krakovo, the narrow land plots still feature long gardens on which the women of Krakovo grew various vegetables, including the brittle and crisp iceberg lettuce, and transported it to the central city market, while contributing to the modest family budget with proceeds from sales.

This is why Krakovo is widely known as Solatendorf, which is German for Salad Village. To this very day, Krakovo functions as an autonomous world inside another world. Many people have since found Krakovo to be an ideal place to live because it is at the centre of everything, but at the same time remote, as if it were a village. In addition to the typical houses and gardens of Krakovo, a visitor following this themed trail can take a tour of Plečnik's house and stroll along Plečnik's "land axis" passing many of his works. The oldest residents of Krakovo love to rekindle their memories of the architect Plečnik, who went to work from his home situated behind the Trnovo church to the present Faculty of Architecture.

Almost everyone agrees that it is difficult to find a more brittle, soft and delicious lettuce than Ljubljana iceberg lettuce from Krakovo. Unfortunately, only two descendants of the great Krakovo lettuce varieties remain at Ljubljana Central Market.

To preserve the tradition, the city of Ljubljana included a Ljubljana iceberg lettuce trail in its tourism offer. The tour starts at the Gradaščica River to the south of Ljubljana, which separates the two former suburban areas, Trnovo and Krakovo.

These have long been known as special districts with their own character and without any urban sentiment. In the former suburban fishing village of Krakovo, close to the unregulated riverbanks of the Ljubljanica and Gradaščica, there lived people who were settled there by German knights.

Due to the vicinity of the river, men were engaged in fishing and sold fish at the fish market in the present old town of Ljubljana. Fishing nets were always spread between the houses. To gain extra income, the women of Krakovo grew vegetables on the narrow, long land plots behind their houses, including the crisp and fresh iceberg lettuce of Trnovo or Krakovo, which was subsequently renamed Ljubljana iceberg lettuce.

Another characteristic of Krakovo vegetable producers were the ciza that they used to bring the lettuce from the gardens to the central city market. The streets were narrow and full of various goods, which is why the wooden two-wheeled trolleys pushed by the women themselves were considered an ideal means of transport. The trolleys also functioned as market stalls. If the vegetable producers wanted to secure a good selling spot, they would have to leave home soon after midnight. Fortunately, this tradition is maintained by Andrej, who wakes up at five in the morning to fill his ciza with first-class vegetables and slowly leaves for the market an hour later. Minutes before eight, he is already awaiting his customers with top quality vegetables. 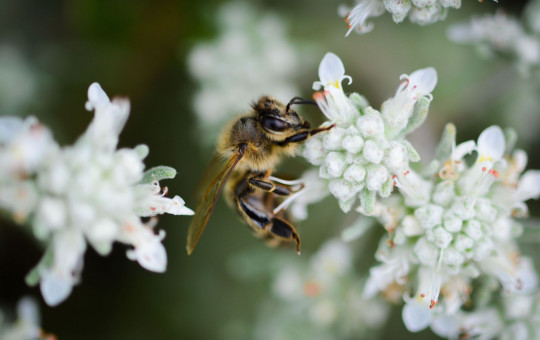