In Slovenia, Christmas and New Year celebrations are linked with a rich culinary tradition. Christmas bread, pork and potica are the main dishes, typical of this time.

Once, the whole Advent period was dedicated to preparations for festivities. People cleaned and decorated their homes, attended early morning service and fasted. Before Christmas they ate low-fat dishes such as bean and potato dishes, porridge and pap. Before Christmas Eve, they often cooked dried fruit, but for Christmas Eve itself, meat dishes were prepared.

Traditionally, in Slovenia people ate plentifully on Christmas and New Year’s Day, thus hoping for abundance in the coming year.

Christmas and New Year holidays are the time of the traditional slaughter of a pig ("koline"), so the festive tables were often laid with pork roast or some other pork dishes. It was believed that laying the table with poultry, in particular with a hen, cockerel or chicken, will not bring good luck, and that it is better to lay the table with pork, since the pig routs with its snout forward while the fowl scrape with their claws backward. Christmas was once considered the beginning of a new year and therefore people, with the help of seasonal food, tried to focus on the future.

Dishes on festive tables differ across the regions of Slovenia. Among other dishes, in the Primorska region, codfish ("polenovka") was served and in Štajerska netted pork tenderloin ("svinjska ribica v mrežici"), while in Koroška people feasted with stuffed roast pork ("nabulana prata") and in Bela krajina they prepared a regional stuffing ("fulanka"). All the dishes that are suitable for Christmas are also suitable for New Year’s Eve. On New Year’s Day people ate pork and, among other dishes, at the time of the pig slaughter they made sour broth, which they cooked from the pig’s trotters, tail and ears and soured with wine.

Most often, the table was laid with "potica" (its name originates in the word "povitica" (rolled cake)), with various fillings that differed among the Slovenian regions.

Even today, "potica" is the most widespread festive cake, irreplaceable and indispensable on the Christmas menu.

The filling was sweetened with honey instead with sugar and composed of walnuts, hazelnuts, almonds, raisins, poppy seeds, cream or even cracklings. In the Gorenjska region they baked "zidana potica", with a whole range of fillings, and in the Štajerska region they made bread ("krhljak" or "klojcov kruh") from a mixture of dark flour and dried fruit, while in the Primorska region "potica" was replaced with rolled cheese dumplings ("sirovi štruklji") or doughnuts.

Characteristic of Christmas is also fruit bread, which, together with different versions of "potica", deserve a special mention. Fruit bread has many different names: "poprtnik" or "poprtnjak", "božičnik", "župnik", "mižnik", "pomižnik", "stolnik", "parjenk", "badnjak"…. In Bela krajina, in particular in the region between Metlika and Črnomelj, "božičnik" is decorated with a Christmas crib on top. Christmas bread was on the festive table from Christmas Eve to Epiphany. Most often, three small rolls were baked – of wheat, buckwheat and rye flour. One was intended for Christmas, one for New Year’s Day and one for Epiphany. On each holiday, family members each ate one small roll, feeding some to their livestock too. In such a way, they symbolically linked all who lived from the farm and expressed their wish for a healthy and prosperous year to come. Even today, Christmas cakes and bread are a part of our tradition, just as are "potica" and biscuits.

A time of expectation

In days gone by, people prepared slowly for the holidays – expectations and festive spirit increased gradually in intensity. Today, with our fast-paced lifestyle, we often forget to stop, calm down, look back on the past year and prepare for the year to come. By baking biscuits together, enjoying a delicious Christmas dinner, drinking mulled wine at a stall and having a chat with friends. So let December be a time to spend with our nearest and dearest. 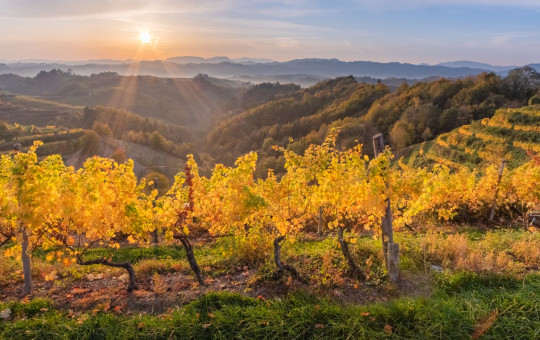 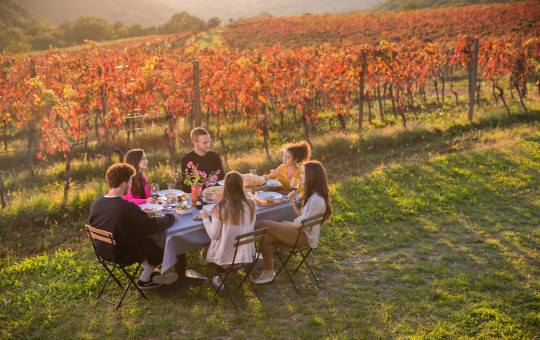 In the kingdom of Slovenian wines