The special new experience offered at Postojna Cave Park is called the Secret Rooms. Guests can now step into this incredible world of intrigue and secrets.

After being inspected by the Slovenian National Archive, the police and all other official institutions, the Hotel Jama’s Secret Rooms remain fully authentic, complete with all the communication and surveillance apparatus and impressions of a parallel life that unfolded behind the façade of the popular Hotel Jama.

On the technical handover of the renovated hotel, the managing director of the company that runs Postojna Cave, Marjan Batagelj, noticed straight away that one of the doors in the inner courtyard had not been changed, which as a perfectionist he found bothersome even at first glance. "This was not the kind of renovation I was looking for."

And since they couldn’t find the key to open the door, they cut through the lock and entered a secret known only to very few people. After the discovery by the new owner of Hotel Jama, the Secret Rooms were first entered by police officers, followed by employees of the Slovenian intelligence and security service (SOVA) and of the Slovenian National Archive, and only then did the hotel employees get to look around.

The material that was found was taken by the competent authorities to the Slovenian Archive, while copies were made for the purpose of displaying them at Hotel Jama. In the Secret Rooms it is as though time has stood still. The cupboard still holds polystyrene boxes with recorded tapes, on the tables there are old newspapers and old paper forms, and even the dust on the old apparatus, conduits, tables and floor is from the time when the secret space was closed and forgotten.

Visitors can listen in to some selected old recordings – surveillance and encrypted conversations which given an authentic taste of the space and for the purpose of a documented experience were specially offered by the Slovenian National Archive.

A world isolated for decades, just waiting to reveal its mysteries

Since its construction in 1971 and up to the present day, the Hotel Jama has offered overnight accommodation to many visitors to the famous Postojna Cave. Over the years its corridors were passed through by some great names of Yugoslav and international politics, pop culture, art and science. The UDBA secret police also operated here, and military intelligence used it as a meeting place.

Indeed, the legendary Hotel Jama occupies a very well thought-out strategic position. It served as a gathering place for influential and important figures in the political sphere, it was right next to a major motorway, and the former state had a military base in Postojna, so it is no wonder that a secret communication centre was set up right here too.

In 2009 the old hotel closed its door, and its stories remained carefully under lock and key. One of these was that until 1991 it had a double life, which was only revealed during the renovation of the hotel in 2016.

This is about a former world full of intrigue, strategic tricks, secret agents and events which, some claim, never even happened. A world that was at one time real, but no one talked about it. A world that was hidden in plain sight, but so well hidden that no one noticed it. Or perhaps no one dared to notice it?

As the new owner of the hotel looked on, rooms opened up one after the other, all covered in dust but housing fascinating apparatus for telephone communication, perhaps wiretapping, which up until then he had only seen in old James Bond films. And the odd pencil and activity log, ash trays full of old cigarette ends, even a bed and cables.

Kilometres of telephone cables were run through the walls, disappearing into the roof and floor. Why would a hotel need this kind of telephone hub?  Doors from room to room opened, and stairs led up and down. Question after question arose: who used these rooms, what were they doing and why, and did anyone know about it?

"I never said that they conducted surveillance here, but not knowing that this happened is simply turning a blind eye, since all these devices enable it," explains Batagelj. After more than thirty years of silence and fear from anyone who knew everything, or at least something, about these rooms, the news about the secret world behind the hotel spread like wildfire. Batagelj started being stopped on the street by people who had worked in those rooms telling him their stories.

Some questions are still hanging in the air, but in the hour and a half tour visitors can form an impression of the events that took place in this secret underworld. Visitors to the Secret Rooms at Hotel Jama have an exceptional opportunity to listen in to an authentic wiretap and surveillance recording, which otherwise you can only hear at the National Archive, under strict conditions and by special permission.

The interactive experience of the tour guided by a secret agent draws visitors into a hidden world, reveals cunning strategies, an incredible location and some of the tricks used to ensure that these operations remained secret.

It offers a look into the period from the 1970s up until independence, when such surveillance was still permitted. Unconsciously it draws attention to the present day, when the world has been voluntarily caught up in a web of publicly accessible personal data, while at the same time it waters down the power of secret institutions and operations.

Treasures from old towns and cities 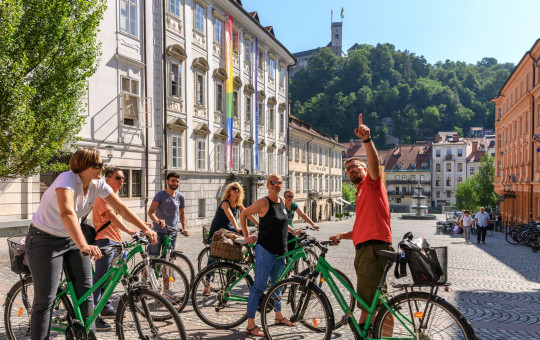 When the streets start to talk...