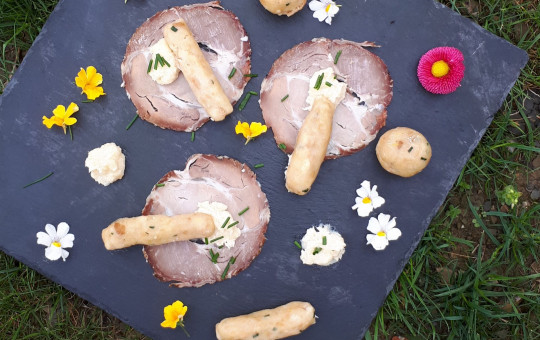 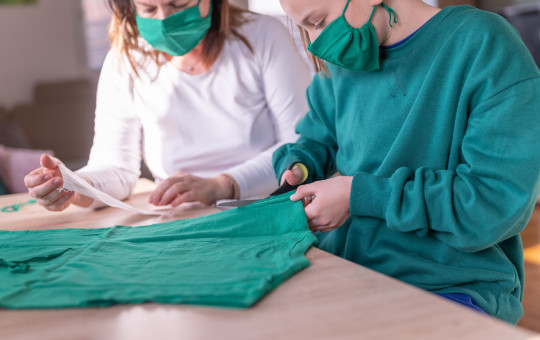 Potica is a traditional holiday cake in Slovenia. It is very rich, so it was really only ever baked on important occasions, like Christmas and Easter.

Ingredients for the dough:

Put the flour in a bowl, sifted if you like, and add salt. In one cup dissolve the yeast in water or milk, and in another mix the eggs, sugar, rum, vanilla essence, lemon or orange peel. Heat the milk and melt the butter.

Add hot milk to the flour, stir and add the mixture of eggs, sugar, rum and flavourings. Stir again, add dissolved yeast and melted butter and stir into a medium thick dough. Knead this until it is elastic inside and smooth on the outside. Make sure the dough does not stick to the bowl and that it is not too hard. Cover the dough with plastic film and leave to rise at room temperature. Once the size of the dough has doubled, knead it once, roll it out and spread it with the filling.

Ingredients for the filling:

Melt the honey in tepid milk, then add one half of the walnuts along with the sugar, eggs, flavourings, spices and rum. Spread the filling on the rolled-out dough and sprinkle with the other half of walnuts. The temperature of the filling should be equal to that of the dough. Roll tightly, put in a mould, prick and leave to rise. Before baking, coat with a thin layer of milk and egg mixture, and make sure the holes are not blocked. 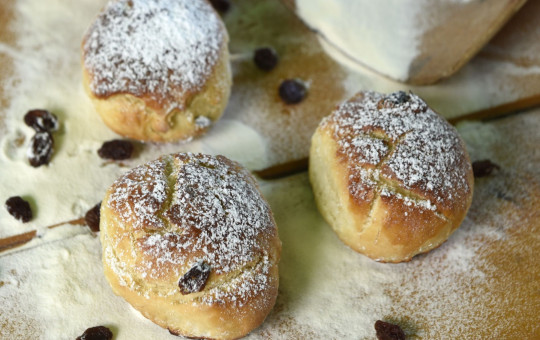 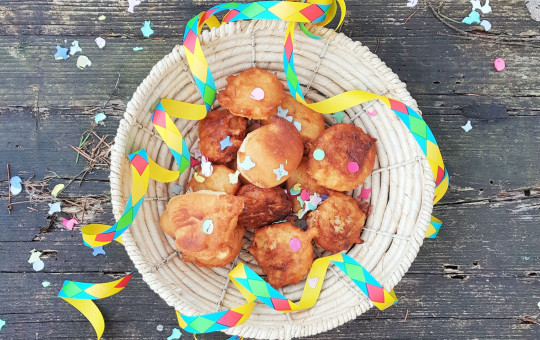 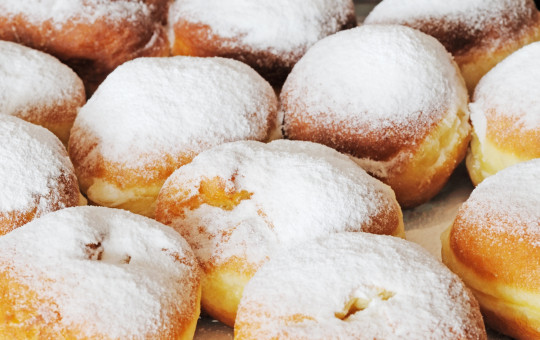 Make your own: Shrovetide doughnuts