The Postojna Cave is planning to put on display almost two dozen olm offspring that hatched three years ago, yet under very strict conditions.

Of the 22 Proteus anguinus offspring, as many as 21 animals have survived, which scientists consider an amazing achievement. The baby dragons, as they are sometimes lovingly referred to, are growing up in an underground laboratory developed especially for this purpose.

Since Proteus anguinus' larvae are extremely vulnerable and susceptible to various infections, special conditions had to be provided to increase the chances of their survival. The scientists working for Postojnska Jama are thrilled about the 92% survival rate and the offspring's fast development.

As many as 64 eggs were deposited in 2016 by what is due to its fair complexion often termed "human fish", but the chances of any larva hatching and surviving were minimal.

Statistics show that out of over 100 eggs deposited by a female olm in its lifetime in a natural environment, only two offspring would fully grow up.

Adapted to life in the dark

With its length of 25 to 30 centimetres, the olm is the largest among cave-dwelling animals and the only vertebrate in Europe strictly bound to cave habitats. It is completely adapted to life in the dark. It feeds on crustaceans, worms, snails and other aquatic invertebrates. It has a lifespan of up to one hundred years and can go without food for several years.

In 2016, one of Postojna Cave's olms laid eggs, which hatched some time later, capturing the attention of people all around the world.

Olms are endemic to the Dinaric karst, which means they are only found in a very small part of the world and, within this small territory, Slovenia and Postojna Cave remain their main habitat. The peculiarities of the cave environment – life in the dark, a constant temperature and long periods of no food – have made olms the pioneers of survival and their one-of-a-kind features feel like superpowers.

Pale, almost translucent skin, unusual red tufts, eyes nowhere to be seen, four limbs and only ten digits. The olms' unusual appearance has been captivating people's imagination for centuries. The earliest written accounts of the offspring of a terrible dragon living inside Postojna Cave date back to the 17th century.

People in the Karst were used to living surrounded by caves, shafts, intermittent rivers, lakes and unusual springs that would erupt from the ground at times of heavy rain or floods, but when the powerful currents brought to the surface some unusual "fish" with snow-white skin, a long body, a long tail and four legs, this was something extraordinary.

Believing that there was a fearsome dragon living inside Postojna Cave, the local people thought these animals were in fact baby dragons.

But it was not only the curious locals who were intrigued by the "baby dragons" after hearing all the stories going around, scientists were just as interested in them. In the 18th century, biologists competed against one another, seemingly almost at war about who would be the first to present a new animal species from Postojna Cave. Giovanni Antonio Scopoli was the first to obtain live specimens of these unusual creatures, and in 1768, the "baby dragons" got a scientific description and a Latin name: Proteus Anguinus. Even C. Darwin wrote about these incredible creatures from the subterranean world of Postojna in his work On the Origin of Species (1859).

Unusual even in their appearance

Olms are unusual even in their appearance: they have long snake-like bodies, and their length of 25-30 centimetres makes them one of the largest cave predators. Their skin is pale and pink in colour, and looks almost translucent. They have small short legs with three digits on their forelimbs and two on their hind feet. They move around the water by snake-like twisting of their bodies, assisted by the legs. They breathe with external gills and rudimentary lungs.

Although adult olms have no eyes, they can "see" everything with the help of skin receptors. They are very good at sensing their prey and their skin is also very sensitive to light. They can go without food for up to twelve years and have a lifespan of up to 100 years.

Even more than by the olms' "superpowers", science has for hundreds of years been intrigued by one of their best kept secrets: reproduction. As they live in the dark environment of subterranean rivers and lakes, where they reproduce, scientists have not had much opportunity to study their love lives. However, a coincidental event that took place in Postojna Cave's large exhibition aquarium helped science learn a great deal about olms' reproduction. In 2016, we could for the first time ever watch an olm female lay eggs and the hatching of 21 "baby dragons", who become the stars of media all over the world. 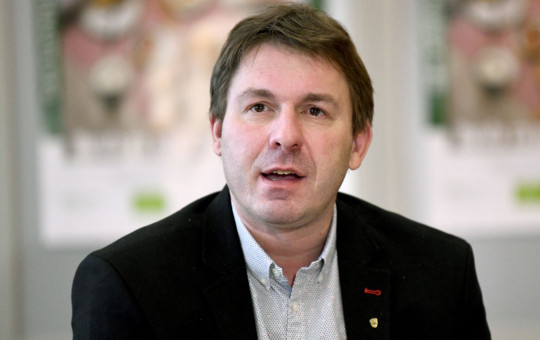 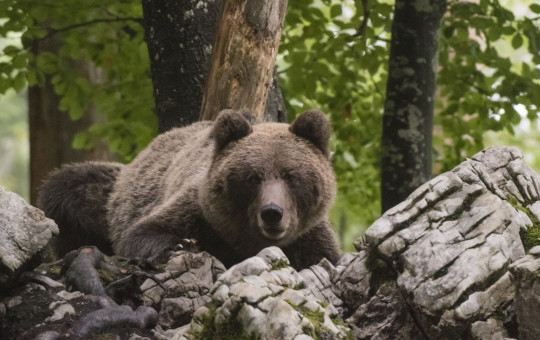