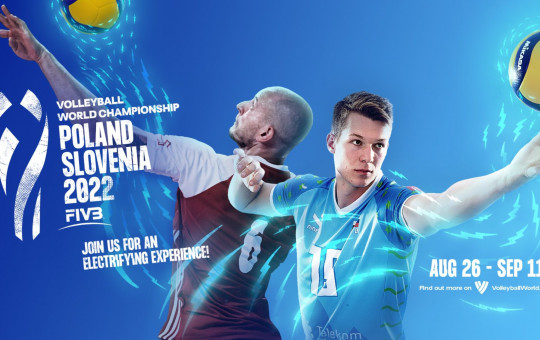 Men’s World Volleyball Championship: Join us for an electrifying experience 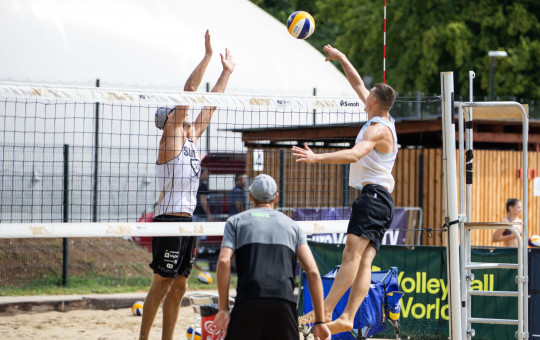 Buckwheat is a venerated plant in Slovenia. It has been an important part of rural menu throughout Slovenian history; nowadays, it may be served on a gold-rimmed plate or offered as buckwheat vodka for an aperitif. Buckwheat often figures in Slovenian art as a metaphor of life.

Records of buckwheat in Slovenia date back to 1426, but we can safely assume that it had already been sown decades earlier. In the 16th century it was well-known throughout Slovenia and was the most widely produced grain. This information alone tells us how important buckwheat was in the diet.

The rustic diet is a source of gourmet inspiration

Our ancestors used buckwheat to make bread and prepare dishes like močnik (pudding), žganci (spoon bread), kolač and pogača (different types of cakes), štruklji (rolled dumplings), krapci (pastry pockets), and kaša (kasha). They consumed it cooked in milk or water and used it in filling for sausages and salami. Krvavice (blood sausages) contained mostly buckwheat, which has now been replaced by rice. Buckwheat pudding and spoon bread were common dishes and it was buckwheat bread that was most often found on the table.

About two hundred years ago it was even cultivated on Ljubljana’s Castle and Golovec hill slopes and grown in the vicinity of other Slovenia castles and churches.

Buckwheat is an important gourmet feature of Slovenian folklore. Slovenian inns and restaurants serve buckwheat dishes as culinary specialities. Modern interpretations of these traditional dishes include buckwheat risotto, buckwheat pudding, buckwheat soup and buckwheat pancakes with jam or walnut filling for desert. It is a source of contemporary culinary inspiration and is used in many different ways, mention has only been made of a few.

One such product – the Slovenian rolled dumplings of Tatary buckwheat with cottage cheese – from the Slovenske dobrote premium product line was awarded the Innovation of 2015 title by the Nutrition Institute. A product must contain at least 30 percent buckwheat flour to be called a buckwheat product. Yet another is the Slovenian buckwheat bread, renowned for its quality.

This could be the title of the Slovenian version of the German cartoon Maya the Bee. In Slovenia, Maya would be renamed Ajda (the word means buckwheat and is also a very common female first name). Honey-bearing buckwheat varieties are of great importance to Carniolan bee and Slovenian beekeepers. These varieties are especially valuable because they bloom at a time when nectar and pollen are scarce. In August and September, these varieties induce queen bees to hatch; at the same time, they allow bees to prepare their winter supplies and thus increase the likelihood of successful bee colonies overwintering.

In the 17th century, Janez Vajkard Valvasor (1641-1693), Slovenian nobleman and polymath, wrote about large quantities of honey exported from Carniola. Its very low price indicates that the production of buckwheat honey was quite substantial at the time.

Buckwheat honey is known for its typical aroma, bitter flavour and large crystals. When liquid, its colour is very dark reddish brown, almost black, and changes to light brown when crystallised.

It is known to be the best honey for baking pastry and the nut roll cake potica. It is attributed healing effects by folk tradition and modern scientists alike

Slovenian housewives used to prepare buckwheat dishes on special occasions. In the Prlekija region, buckwheat pastry pockets (buckwheat cake with cottage cheese and sour cream) were eaten ahead of All Saints’ Day. Buckwheat potica and marbled buckwheat bread were eaten at Easter and on New Year’s Eve in some places. In the Štajerska region, the buckwheat rolled dumplings were eaten during the slaughter and curing season, as well as when mowing the meadows. They were made with walnuts for blessing-giving rituals. The buckwheat dishes were part of the daily as well as festive rural menu in the Dolenjska and Bela krajina regions. The buckwheat spoon bread sprinkled with pieces of cracklings or served with sauerkraut or dressed with milk or sour milk is still the regions’ traditional breakfast.

Buckwheat found its way into Slovenian folk fairytales and songs. The story goes that a mythological Kurent (an original carnival character from Ptujsko and Dravsko polje) saved the human race from the deluge. Four people were spared and in return they had to promise to forever love two plants: the grapevine and buckwheat. One of the spared men had sons who settled elsewhere in Carniola; they have since been living on buckwheat, growing wine and remembering the Kurent, their ancient benefactor, with gratitude.

The Buckwheat Grain is another interesting folktale, speaking of the buckwheat as a sacred plant among Slovenian flora.

Once upon a time our ancestors began a journey from the East, where there were too many people, towards other parts of Europe. A goddess gave our peaceful forefathers a buckwheat seed, advising them to bury it in the ground wherever they might venture. Were it to grow green in three days, they were to stay in that place, or else dig it out and move on. And the seed failed to bear grain anywhere but in the Slovenian soil.

The most famous folk song about buckwheat sings that across the countries of Koroška and Kranjska buckwheat is growing ripe and is being reaped by a girl who is so hardworking that her arms hurt and blisters start to form. The text indicates that reaping buckwheat is a very demanding farming chore. Unlike the fragile girl in the song, tradition has it that women reapers were of sturdy stature and ate and drank a lot.

He describes the lifecycle of a buckwheat plant through the four seasons using it as a symbol of life and portrays it erotically, sensuously. The poet melts scent, colour and movement, the impression culminates in the symbolism of death. The buckwheat represents life destined to come full circle from an initial rise to a climax and a final fall.

Buckwheat ripens in a hay rack.

Buckwheat is best sown in St. Margaret's week (the Feast Day of St. Margaret of Antioch is on 20th July).

Did you know that Ajda is one of the most common female names in Slovenia? Indeed, it is. It conveys a positive meaning: happy, bright, shining. How can it not – buckwheat fed generations of Slovenians over centuries and is still valued today as rich in nutrition and good for your health. 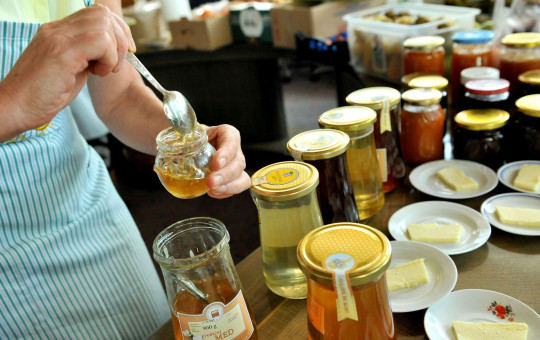 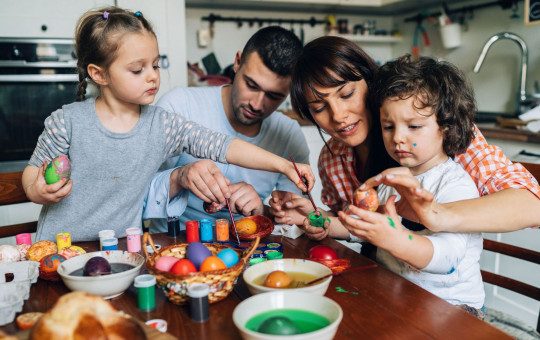 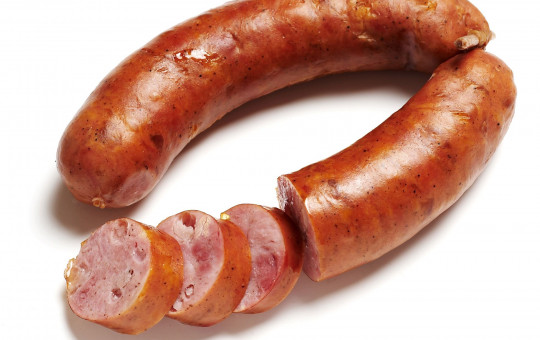