The idea of a Slovenian university was considered unrealistic when it first emerged in 1848 as a part of the Slovenian national programme. Some fifty years later, in 1901, the proposal for a Slovenian university was discussed by members of the Parliament in Vienna, which governed Slovenia at the time. "Come back again in one hundred years with such an urgent proposal. Perhaps it will be possible to set up a Slovenian university then. But I believe that even then there will be no need and especially not an urgent one," said MP Josef Pommer about the proposal. The Slovenian people did not have to wait one hundred years. After the dissolution of the Austro-Hungarian Empire in 1918, the idea of a Slovenian university gained new momentum. This time, the endeavours were successful. On 23rd July 1919, Aleksander Karađorđević, Prince Regent of the Kingdom of Serbs, Croats and Slovenes, a country which Slovenia joined after the end of the Austro-Hungarian Empire, signed the Act on the University of the Kingdom of Serbs, Croats and Slovenes in Ljubljana, in today’s University of Ljubljana. The seat of the university was the former Carniolan Provincial Manor, which, a hundred years later, still serves as the seat of the University of Ljubljana. The first lecture was held on Wednesday, 3rd December 1919 at 9 am, a date which is now regarded as the birthday of the University of Ljubljana.

A treasury of knowledge

In the first academic year of 1919/1920, 942 students enrolled in the University, 28 women and 914 men. Although the number of men greatly surpassed the number of women, the first PhD title was bestowed on a woman, which was then a rarity even in Europe. The title was awarded to Ana Mayer on 15 July 1920 for her dissertation entitled "On the effects of formalin on starch".

In the early 20th century, completing secondary school was a rarity in Slovenia and only a few considered getting a university education, and even fewer were able to afford it. Nevertheless, the University grew. When WW2 ended, a new era began and there was a growing need for experts. The founding members expanded their fields and study programmes and new members joined the University, resulting in an increasingly diverse offer of study programmes.

Today, the University of Ljubljana is one of a few universities, on a global scale, which offer study programmes in all fields – natural science, social science, humanities, engineering, medicine, art, and sports. It brings together 23 faculties and three art academies which are providing knowledge to almost 38,000 students in this academic year. More than one half of all undergraduate students in Slovenia complete their studies at the University of Ljubljana, as well as more than two thirds of master students and students of specialised studies, and more than eighty percent of PhD students.

From a national to an international university

At the time of its establishment in 1919, the focal point was the national, Slovenian-Yugoslav importance of the university. "For some, the university was the highest Slovenian institution, which would preserve the language. For others, it was a predominantly Yugoslav institution that would use Slovenian solely as one of the Yugoslav dialects and (in addition to scientific development) would serve for the creation of a single Yugoslav nation with one language," says Prof. Dr Božo Repe from the Faculty of Arts of the University of Ljubljana.

The University has long outgrown its national confines and became an internationally recognisable institution which places great emphasis on internationalisation. It cooperates with highly established universities across the world and encourages its members to establish connections with specialised higher education institutions in the teaching and research field. At a recent signing ceremony, it joined the EUTOPIA alliance, taking over its coordination. The EUTOPIA alliance brings together the Vrije Universiteit Brussels, the University of Gothenburg, the University of Paris Seine, the Pompeu Fabra University and the University of Warwick, with more than 165,000 students, 30,000 staff members, and research centres covering 760 scientific fields. EUTOPIA will operate as a network of European campuses for dealing with global and local challenges through collaborative research, increased mobility of students and staff, and shared innovations that serve the wider public in regional communities.

In addition to heading EUTOPIA, the University of Ljubljana is also actively involved in international associations such as the Utrecht Network (a network of 32 European universities from 27 states fostering the internationalisation of higher education), The Guild (association of 19 distinguished research-intensive universities from 14 countries), the Venice International University – VIU (a consortium of 18 universities from across the globe which exchange knowledge and ideas by developing, promoting and organising joint multicultural, international, interdisciplinary academic and research activities, thereby significantly contributing to new forms of teaching, joint research results, and strategic objectives of internationalisation). In 2014, the University established the Global Alumni and Associates Network (SMUL), which unites the scientists, professors and other renowned individuals working in the fields of academia, research and development abroad and who are associated with Slovenia.

Many initially saw the University of Ljubljana as merely a university which would primarily serve the preservation of the Slovenian language, national independence, and the education of teaching, administrative and technical staff. But they were wrong. The first rector of the University of Ljubljana, the mathematician Dr Josip Plemelj, was deeply dedicated to research. His solution to the Riemann-Hilbert problem in 1908 and other achievements make him one of the most important mathematicians of the early 20th century. When he was appointed rector of the newly established university in 1919, his reputation drew in national and international intellectuals and scientists.

Research activity has therefore been a part of the University of Ljubljana from the very beginning. In terms of the number of research projects, it is at the very top of universities and research organisations from new EU member states (EU 13).

In light of the size of our country, the University is recording exceptional achievements in acquiring ERC (European Research Council) funding. "We are the only Slovenian university with acquired ERC projects, i.e. we have acquired five such projects. Scientists from the University of Ljubljana are among the best in the world. We need only think back to the breakthrough scientific achievement proving that the Zika virus infects the foetal brain through the infected mother, causing permanent brain damage and microcephaly. Let us not forget the numerous awards for scientific excellence bestowed on the employees of the University of Ljubljana, which they received at home and abroad, while our students string up success after success at international competitions," says the Rector of the University of Ljubljana, Prof. Dr Igor Papič.

The University of Ljubljana ranks among the top three percent of the best universities in the world. "This information is that much more important if we regard it in the context of the fact that these top three percent include universities which receive up to one hundred times more funding from the state than the University of Ljubljana; however, I guarantee that they are not a hundred times better than us," says Prof. Dr Papič. For several years now, the University of Ljubljana has been ranked in the  500- 600 group of the Academic Ranking of World Universities, or the Shanghai Ranking, and in the 601-800 group of the Times Higher Education Ranking. In the QS World University Rankings, it progressed from the 651-700 group to the 591-600 group in the last year.

"Every day, we realise the vision of the University of Ljubljana, i.e. to be a recognisable, internationally open and excellent research university, creatively contributing to the quality of life. On the occasion of the centenary anniversary, my wish for our University is that it continues to boldly tread its path, maintain its open spirit, and pursue high goals and global challenges," added Rector, Prof. Dr Papič. 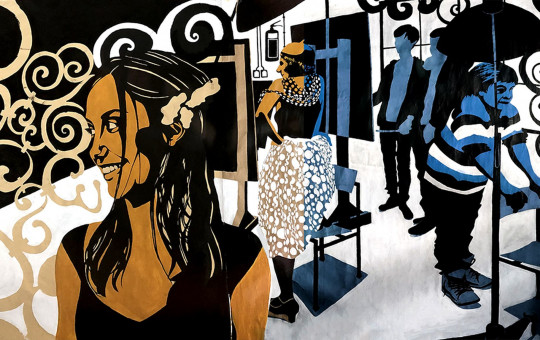