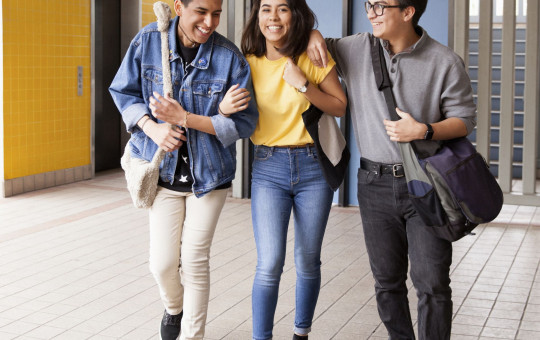 I FEEL SLOVENIA while studying in Slovenia 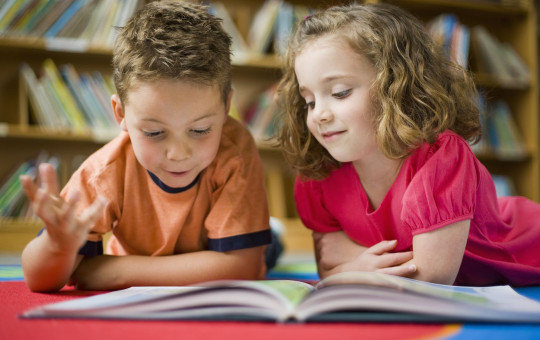 It is a pleasure to have coffee in one of Ljubljana’s many riverbank cafés and enjoy the view of the Ljubljanica or Gradaščica rivers, the Triple Bridge, the open market and Ljubljana Castle. On their first visit to Ljubljana many people see it as a Mediterranean city, one with a view of the mountains and an abundance of greenery.

And yet Ljubljana is not by the sea, and the mountains are seen from afar. The unusual feelings this place can evoke are perhaps due to the creativity and eclecticism of Jože Plečnik – an architect who loved everything beautiful, and out of the capital of his homeland he sought to make a city with a soul, one that stays in the memory, a goal he achieved with his own eternal style. However, what really brings Plečnik’s city alive are the people and hubbub that animate this lovely setting. It is this combination of the natural, built and lived environments that make Ljubljana such an agreeable city.

With his arrangement banks and bridges, Jože Plečnik brought the river closer to the people and thereby highlighted the Mediterranean character of the city, with the element of water being one of its leading motifs. Today, when you stroll along the River Ljubljanica you can truly feel the pulse of the city, which breathes in a positive, relaxed and green manner.

Due to Plečnik’s overarching vision for the city, Ljubljana has come to life not just as a collection of architectural structures, but as a space for spirituality, art, sports, politics, and love, as well as one for walking. The city has been especially brought to life by the regulation and development of the Ljubljanica and Gradaščica rivers.

Plečnik saw water as an appropriate element to enhance his architecture, and the gradual arrangement of the city and its waterways was for him a never-ending artistic work-in-progress. By regulating the water axis and placing trees and other greenery along the riverbanks, which he understood as an important architectural device, Plečnik imbued this city with a distinctly Mediterranean character.

Ljubljana has existed alongside its river for centuries, with the creation of the settlement itself relying on the river’s role as an important transport route. However, when Plečnik began implementing his urban plan the Ljubljanica served only as a drainage channel for run-off that occasionally flooded the area, although such incidents ended after the Grubar channel was built. Large scale transport along the river continued right up until the construction of the National and University Library (NUK), when Plečnik obtained bricks by water from Vrhnika.

Plečnik was drawn to connect the two banks of the Ljubljanica. His model and inspiration came from the banks of the Tiber in Rome and the atmosphere in Venice. Plečnik thus arranged the river in the city centre and in the part of Ljubljana called Trnovo, close to where his own house stood.

The urban space along the river, created on a human scale, is today without doubt the nicest part of the city. Plečnik’s water axis represents the regulation of the Ljubljanica river bed from Špica upstream from the Trnovo Wharf, regulation of the Gradaščica outflow, transformation of the Ljubljanica embankments in the city, Čevljarski most (Cobblers’ Bridge), Triple Bridge, the open market and unrealised Mesarski most (Butchers’ Bridge). and on to the Sluice Gate, where the river leaves the dense urban centre.

The Sluice Gate is comprised of three support pillars, and the whole ensemble is reminiscent of temple architecture. This impression is enhanced by the columns with Doric capitals and something akin to Etruscan vessels hewn with dragon heads, while on the other side there are columns with Ionian capitals and stylised human heads bearing the footbridge across the river. The roofing of the supports is emphasised with ornamental wreaths.

This ornamentation hints at Egyptian, Greek and Etruscan art. Through these elements Plečnik drew attention to the importance of water in the life of different civilisations, and emphasised the links that Ljubljana has with Antiquity.

Arrangement of the river up to Trnovo Wharf

To begin with Plečnik’s plans called for the wider regulation of the Gradaščica, and for the water around the river to be arranged into a park with villas around it, and thereby to "create a paradise or a place more beautiful than one could imagine." This was when the Gradaščica was still an actual river, and not what it is today, which is more of a stream.

The main design element of regulating the river bed along the Gradaščica is the greenery, which might be a lone tree, an avenue of trees, a clump of trees or a hedge running along either side of the watercourse and its grassy banks.

The final section of the Gradaščica, from the bridge in front of the Trnovo church to its outflow into the Ljubljanica, is shaped by an avenue of horse chestnuts, and later other species were planted, such as the London planetree, black locust, and silver birch, while the laundry location (with steps for washing clothes) is marked by weeping willows.

Trnovski most (Trnovo Bridge) is the bridge across the Gradaščica, linking the two Ljubljana city quarters of Krakovo and Trnovo. A special feature of the bridge is the trees growing on it. This and the fact that the bridge is 17 metres wide, indicate that Plečnik designed it as a square in front of the Trnovo Church of St. John the Baptist. The bridge railings are concluded with pyramids, and on one side in the middle of the bridge is a statue of St. John the Baptist, the work of sculptor Nikolaj Pirnat, while on the other side there is a very tall and narrow pyramid. These pyramids are not randomly placed, and are in fact part of a set of pyramids in Ljubljana. These include the pyramid above the corner entrance to the Križanke events complex and the nearby Zois pyramid, as well as the column of the Virgin in Šentjakob Square. The trees growing on Trnovo Bridge have very little soil, so they are often replaced, and originally Plečnik had cypresses planted on it. What is now the "public square" on the bridge is bounded by birches, and it remains one of the rare bridges in Europe on which trees grow.

The Gradaščica river divides Krakovo and Trnovo, which at one time were each focused on their own trades. On the left bank – in Krakovo – there were fishermen, and in Trnovo boatmen. The wide concrete steps along the river were intended for Krakovo and Trnovo washerwomen to do their work. Plečnik thus sought to unite the two parts of the city with this bridge.

This arrangement is one of Plečnik’s most important works, where his great creativity is still very much in evidence and enjoyed by residents and visitors on a daily basis.

With the Triple Bridge Plečnik pursued a series of objectives: a relationship with the old, establishing the Mediterranean character of the city, linking the river and the city, and carrying Prešeren Square across the Ljubljanica.

By preserving the original stone bridge, which he incorporated into a new composition, Plečnik showed respect for the existing structure and also presented an exceptional example of an architectural solution to combining the old and new. Plečnik was aware that this was a moment in the development of Ljubljana when he could add his own creative contribution to life of the city, and use its past to shape its future.

Of particular note in this project is that Plečnik wished to emphasise Ljubljana’s Mediterranean character, as he did not want to go along with the image of it being a small, Austro-Hungarian provincial town. For this reason he used the staircases on both banks to create a raised portal bridge on the Venetian model. The stairs lead to the water, where on one side Plečnik arranged public toilets. On the other side the stairs connect the lower level of the open market with the fish market. In this way, too, Plečnik brought the river closer to the city. Plečnik made all three bridges identical, with the use of balustraded railings following the Venetian style. He also placed spheres on the new stone railings, with the aim of creating the impression of people walking on the bridge. Today, if you look to the other railings when walking across then the effects of perspective make it seem as if these spheres are moving parallel to you, giving the feeling that you are not alone on the bridge.

Čevljarski most (Cobblers’ Bridge) was designed by Plečnik and erected in 1931 and 1932, replacing an earlier wooden bridge that had once been home to shoemaking workshops, hence the name. An interesting feature of the earlier bridge was a statue of Christ on the southern side, which is now kept in the Church of St. Florian. Like Trnovo Bridge, Čevljarski was conceived by Plečnik as a wide square bounded by railings and linking two different parts of the city, and is also made of artificial stone.

The bridge’s distinctive appearance comes from the railings with simple little columns and higher columns of varying sizes topped with spheres.

The central two columns bear streetlamps and are a little lower, providing the bridge with its own singular dynamic. The bridge is also ornamented below along the sides, with geometrically patterned wreaths.

A man who did not think of himself

Jože Plečnik had an extraordinary feeling for beauty. The beauty of thought, which he celebrated in his creative work, reflected his yearning for eternity. He drew on his own spirituality to express his soul in his creativity, and thus remained open to both material and spiritual beauty.

"The beauty and "joie de vivre" that Plečnik captured in stone, wood and metal are just tiny crumbs of that immeasurable and utterly unknown wealth that so abundantly lived in him and was his very life. He did not think much about himself, his troubles and joys, and even in death he remained what he was his whole life: an artist."

This was how Plečnik was described, in part, a few days after his death by Slovenian poet and writer Ciril Zlobec in the article "The Man Who Did Not Think About Himself", as published in the newspaper Dnevnik on 18 January 1957. 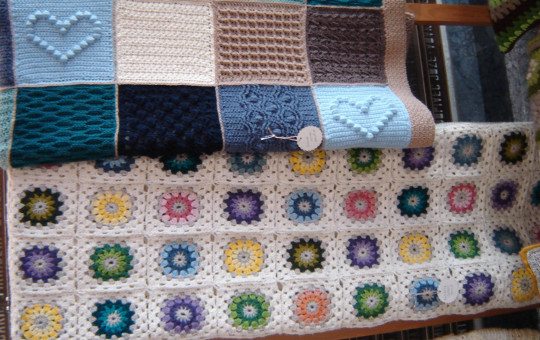 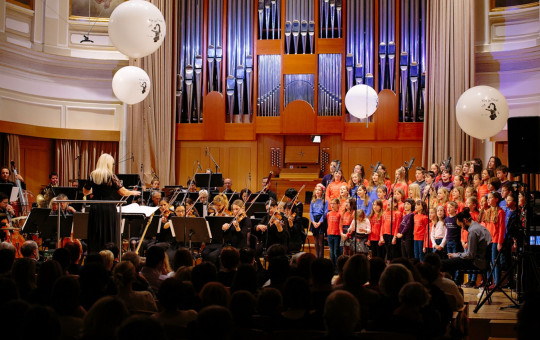