“Jazz at a Distance” was the slogan of this year’s 61st Ljubljana Jazz Festival, which was adapted to the new situation and took place in a new format. Thus the organisors managed to keep alive one of the oldest annual jazz festivals in Europe.

Even though most musicians, along with other artists, have been deprived of their basic working tool – the stage –, new conditions for music performance were ensured at the Ljubljana Jazz Festival, which included a key element: responsibility towards the musicians and artists, the audience, and quality musical production.

The beginnings of jazz in Slovenia

In the 1920s, many bands in Slovenia tried to play the jazz they had been listening to on records. As long ago as 1922 , the first Slovenian jazz orchestra, Original Jazz Negode, was founded.

In Slovenian classical music between the wars, some jazz elements are noticeable, for example in Marij Kogoj’s If We Dance (Če se pleše) suite for orchestra, Marjan Kozina’s Majda operetta, Demetrij Žebret’s Suite for Little Orchestra and Matija Bravničar’s Metamorphoses.

The year 1945 saw the foundation of the Radio Ljubljana Dance Orchestra, later renamed RTV Ljubljana Big Band and today known as RTV Slovenia Big Band. The cult band is still performing for Slovenian audiences and jazz lovers to this day. Its first conductor was the composer and arranger Bojan Adamič (1912–1995). In its first ten years, the band introduced Chicago-style jazz to a Slovenian audience. Later, another legendary Slovenian musician, conductor, composer and arranger, Jože Privšek (1937–1998), took over the conductor’s baton. And it was under his leadership that the orchestra became one of the top jazz bands in Europe.

In 1960, the first Yugoslavian jazz festival took place in Bled; due to increased international interest, it was later moved to Ljubljana under the name International Jazz Festival. This was the beginning of a very fruitful period for Slovenian jazz. The festival began to attract more and more Slovenian and foreign visitors and musicians.

In the second half of the 20th century, numerous jazz bands were founded. Among the best-known composers and instrumentalists are Urban Koder, Mojmir Sepe, Janez Gregorc, Borut Lesjak, Peter Ugrin, Tone Janša, Zlatko Kaučič and Primož Grašič. Meanwhile in classical music, jazz influences are also reflected in some of the works of Darijan Božič and Milko Lazar.

30th Anniversary of the Kresnik Prize 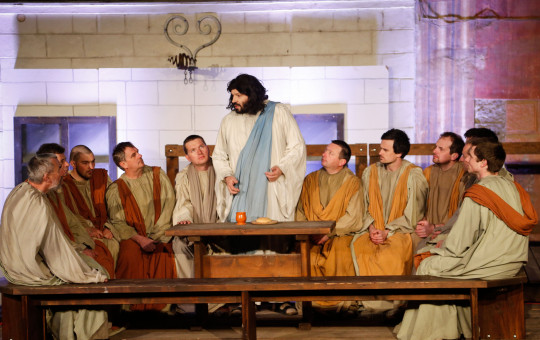